The stoppage of road transport, the last crack of the whiplash 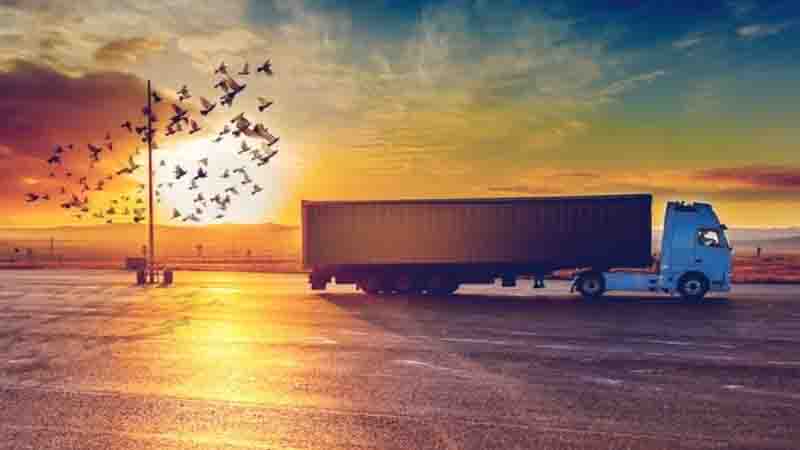 Since the beginning of the week, Spain has been under a strike in the road transport sector, which was initially called by a minority and little-known association of carriers and which later, in true social network style, went viral, making that its scope would expand more and more in different sectors of the country.

A strike that comes in a context in which the global logistics chain is terribly stressed by multiple factors, ranging from problems in maritime traffic (Evergreen crisis, crisis due to the closure of ports in China, lack of containers) to confinements in key cities in the supply chain ), the shortage of semiconductor components, the uncertainty surrounding the supply of raw materials from Ukraine, the panic purchases of some consumers of foods such as sunflower oil (in the purest toilet paper style during the first moments of the pandemic) or, of course, the rise in fuel prices.

As Alberto Abel Sesmero ( Alibaba Group) told us in this article from last November , »A bullwhip effect is taking place: the longer the supply chain, the bigger the blow. And the longer the whip, the more it hurts.”

And the last crack of the whip is taking place on the road.

“The shortage will be inevitable and immediate”

This indefinite protest of carriers was called for midnight last Monday, March 14, by the Platform for the Defense of the National and International Road Freight Transport Sector , who, through an official statement published on their website, gave the reasons behind this call. The Platform sought to sit down to negotiate with the competent ministries, considering that 90% of carriers belonging to small and medium-sized companies are in a situation of bankruptcy at an economic level, denouncing the high price of fuel , as well as the terrible working conditions of the that these truckers are subjected to. Check out more interesting articles on our site IG368.

As this is an organization with little weight (until now), both public authorities and unions and majority organizations in the sector thought that the strike would not happen on a larger scale. But the strategy of the organizers of the strike, establishing strategic pickets in ports and logistics centers on a large scale, has been successful. In their latest statement, on Wednesday night, they also explained that as a result of the strike, shortages will be “inevitable and immediate”, as the conveners have pointed out:

«We feel totally despised by the Minister’s words towards thousands and thousands of families from the grassroots sector. The most important and essential part of a sector that without them the merchandise would always remain in the warehouses of that majority to which the Minister alludes (The carriers without trucks of the committee) is being targeted and criminalized in a totally unfair manner.

Shortages will be inevitable and immediate, but we can never be blamed for not working because we can’t lose more money and because we don’t have it. From Platform we will continue to the end, with our trucks stopped and raising awareness among the few comrades who have not yet decided to support the fight for their bread.

Madam Minister, if you really have any appreciation for your country, do not give rise to greater evils “.

The truth is that this conflict has had a considerable development in social networks . In recent days, messaging apps such as Whatsapp and social networks such as Twitter have served in a vital way to accelerate the speed of propagation of the protest.

But not only has there been information circulating about the strike. From the first hours different hoaxes were registered around the call. Thus, for example, an audio circulated on WhatsApp  since before Monday in which it was ensured that companies in the food and logistics sector were on strike, for which users were urged to buy enough food supplies because the shortage of these seemed imminent. At that time, all the official forecasts indicated that the scope of the strike would be very limited.

In this sense, the portal specialized in fact-checking Maldita has had to clarify multiple false and controversial information about this conflict , ranging from the differences between a strike and a lockout, to denying false information about gigantic traffic jams, a rise in taxes on fuel or violent incidents between police and pickets.

Impact on the logistics chain and problems in food transportation

“Due to the transport strike and the blockade situation that is taking place on some roads in our country, the free movement of vehicles is currently being prevented and, therefore, serious problems are being caused in the supply of necessary goods. for the normal operation of many companies in the food sector » , assure several members of the food industry sector to Eleconomista.es as a result of this strike.

In fact, the National Committee for Road Transport (CNTC) , an organization that brings together different confederations, federations and associations of carriers, have announced that they will not join this strike.

For its part, the Logistics and Transport Business Organization of Spain (UNO)  has expressed its concern about the “alarming situation that is being experienced today due to the action of the pickets in the main logistics nodes in Spain”, warning about the serious consequences that this would bring in terms of distribution, since ” numerous incidents are taking place that are causing a blockade on different routes in our country, which is generating, in turn, breaks in the supply chain,” according to the president of this employer organization, Francisco Aranda .

Likewise, the manager has denounced that “there have been punctures to trucks, torn canvases, stone throwing, etc., which have caused many companies not to undertake their planned routes due to the existing insecurity. We need more security to guarantee supply .”

The truth is that the incidents have been multiple. For example, the port of Bilbao has had to paralyze its operations, meaning that, for example, the fishermen of the Bay of Biscay do not go out to fish until Monday. This is causing serious problems in the distribution of merchandise to establishments such as Mercamadrid.

This whole situation has permeated places like the Balearic Islands, where freight carriers from the Balearic Islands declared this Thursday that for the moment their intentions to call an indefinite strike from March 28 are still standing and that, although the objective is “to reach a solution with the Govern and the central government”, for now they cannot “go back”.

Meanwhile, in Asturias, the Asturian Federation of Entrepreneurs expressed that there is vandalism in transport that is currently “suffocating Asturian companies”, and they have asked the Government Delegation to “provide now” all the means so that the distribution of essential supplies is guaranteed.

The minister calls for calm

Given all this situation, the Minister of Transport, Mobility and Urban Agenda, Raquel Sánchez , has assured in statements to the press that she will not meet with the platform calling the strikes . In her place, she will hold meetings with the National Committee , because in her opinion, it “represents the sector and small businesses.”

“Today we have validated a royal decree with measures that will help the sector. It is a historic agreement. Yesterday we promised to continue working to include in the National Response Plan other measures that can help withstand this situation and help a sector that is very important for our economy and is suffering the consequences, ” said the minister.

In addition, Raquel Sánchez has asked the pickets of the “minority” strike called within the road freight transport sector not to make it difficult for those workers who do want to continue working despite this situation to carry out the activity.

For her part, the minister-spokesperson Isabel Rodríguez has responded harshly to what is happening on the roads: “Those legitimate demands, due to the price of fuel, have nothing to do with what we are seeing today on the streets that put risk the lives of those who are working and the supply of basic products. This is a full-fledged boycott and is encouraged by those positions of hatred that in no way favor dialogue and coexistence»

For his part, the Minister of Agriculture, Livestock and Fisheries, Luis Planas, has announced a series of measures to guarantee the supply of food, among which the mobilization of 15,500 police and civil guards stands out.